Guidance for the diagnosis and management of children presenting with a non-blanching rash. It includes a management algorithm and photo's to aid the clinician.

Children presenting with a non-blanching rash.

Medical and nursing staff in the Emergency Department and Acute Care Environments.

Children commonly present with a non blanching rash +/- fever. The important diagnosis to exclude in these patients is meningococcal disease. However, most (> 90%) of these children who are well with the rash will have viral infections that require no treatment. They have long presented a diagnostic dilemma to paediatricians.

There are a group of conditions which present with a non blanching rash, but have specific features which will identify them easily:

They have other specific signs or symptoms:

HSP
Usually a classical distribution of purpura, bruising and urticaria on the buttocks and extensor surfaces of the limbs, sometimes associated with joint or abdominal pain

Once the above conditions are ruled out clinically, (see individual guidelines for assessment and management), we are left with a differential diagnosis as follows:

Evidence is based on retrospective and prospective observational studies, specific points include:

Use the following algorithm to help discriminate who needs admission and IV antibiotics and who can be discharged. If in doubt TREAT AS MENINGOCOCCAL SEPSIS.

Prior administration of penicillin does not alter the algorithm 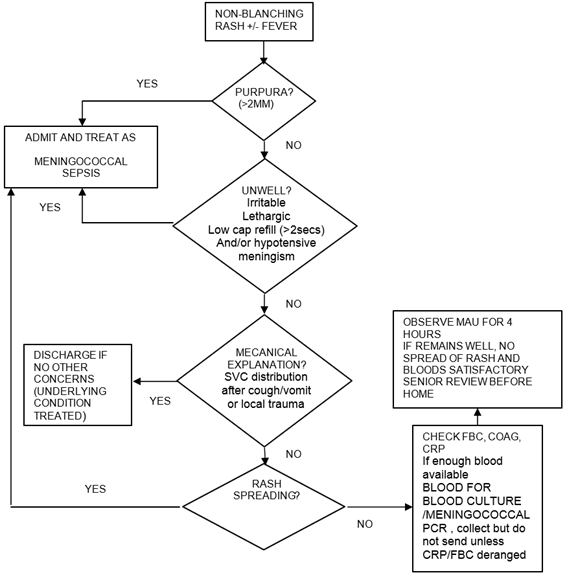 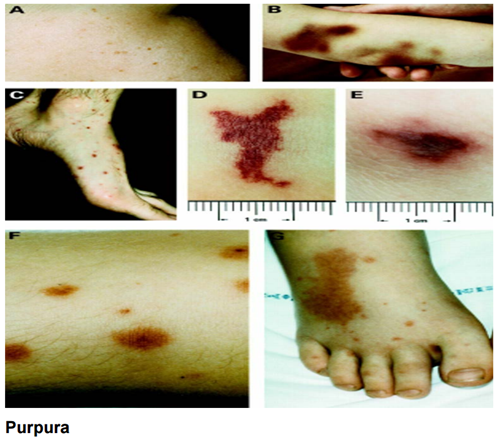 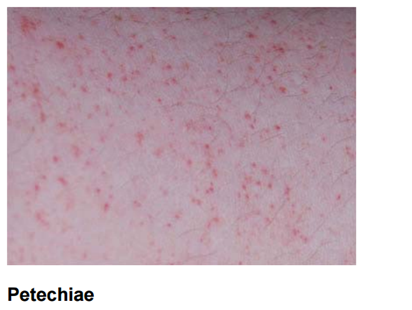