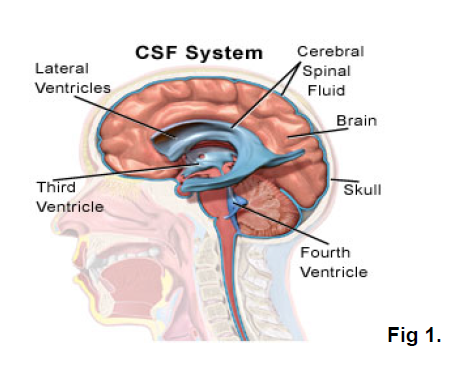 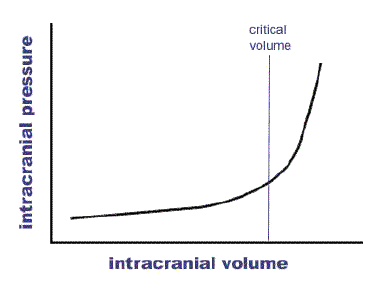 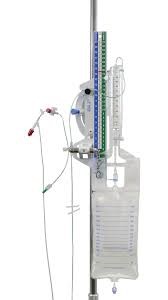 The system comprises of a measuring chamber which is connected to a drainage bag, with a sampling port and stopcock between them. All the connections are “Luer-Lock” for safety.

A drainage pressure scale (in 1cm increments) is adjacent to the drainage chamber. The chamber should be zero referenced to the patient, aligned to the patient’s external auditory meatus (this corresponds with the Foramen of Monro). A Medtronic levelling clamp is used for. A Neurosurgeon will document the prescribed drain level, and be responsible for all subsequent alterations. (Fig 4.). The drain height will be displayed on a sign above the drain 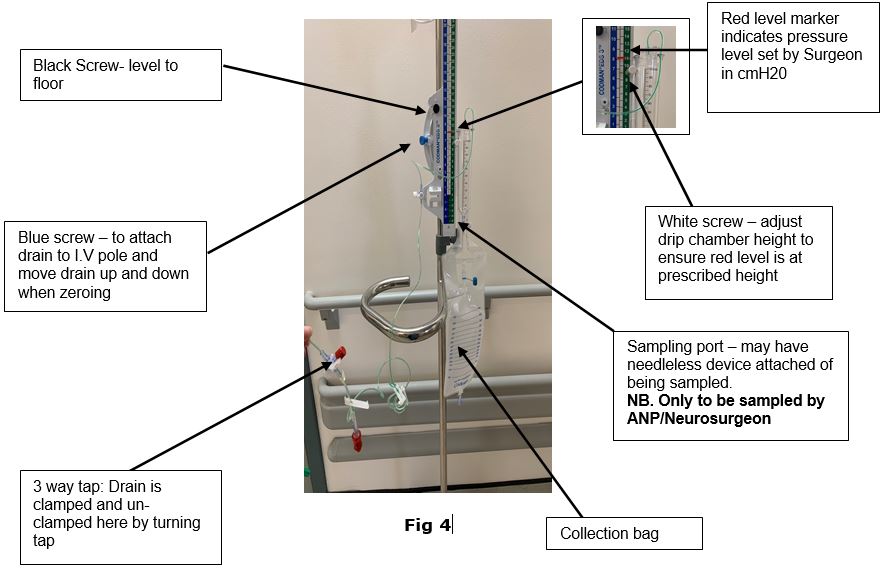 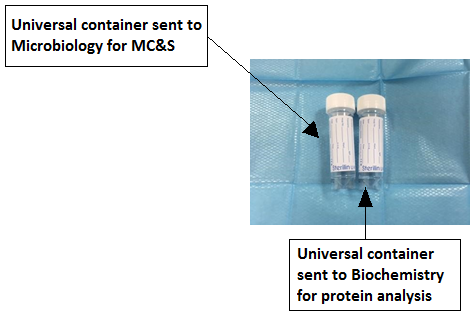 As with any invasive device, an EVD may become a source of infection. 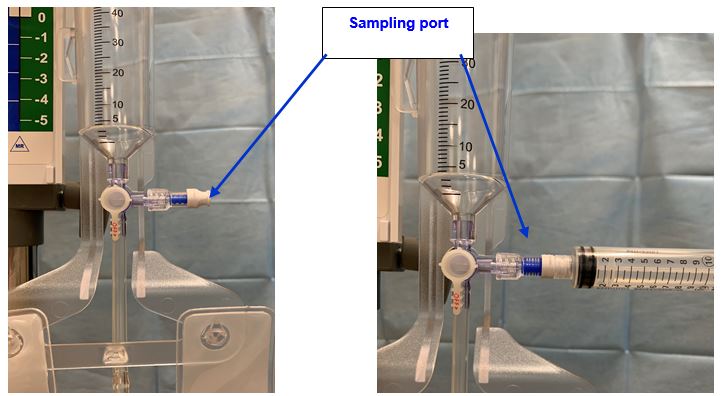 It is possible, although not routine, to monitor intracranial pressure through the ventricular catheter using a continuous closed monitoring system with a non-flush transducer device. See separate guideline: Measuring ICP from an EVD.

Despite best nursing care, EVD’s may be dislodged completely, particularly in the awake and active child. Cover site with a sterile dressing from safety pack, Fig 9. Inform neurosurgeon. 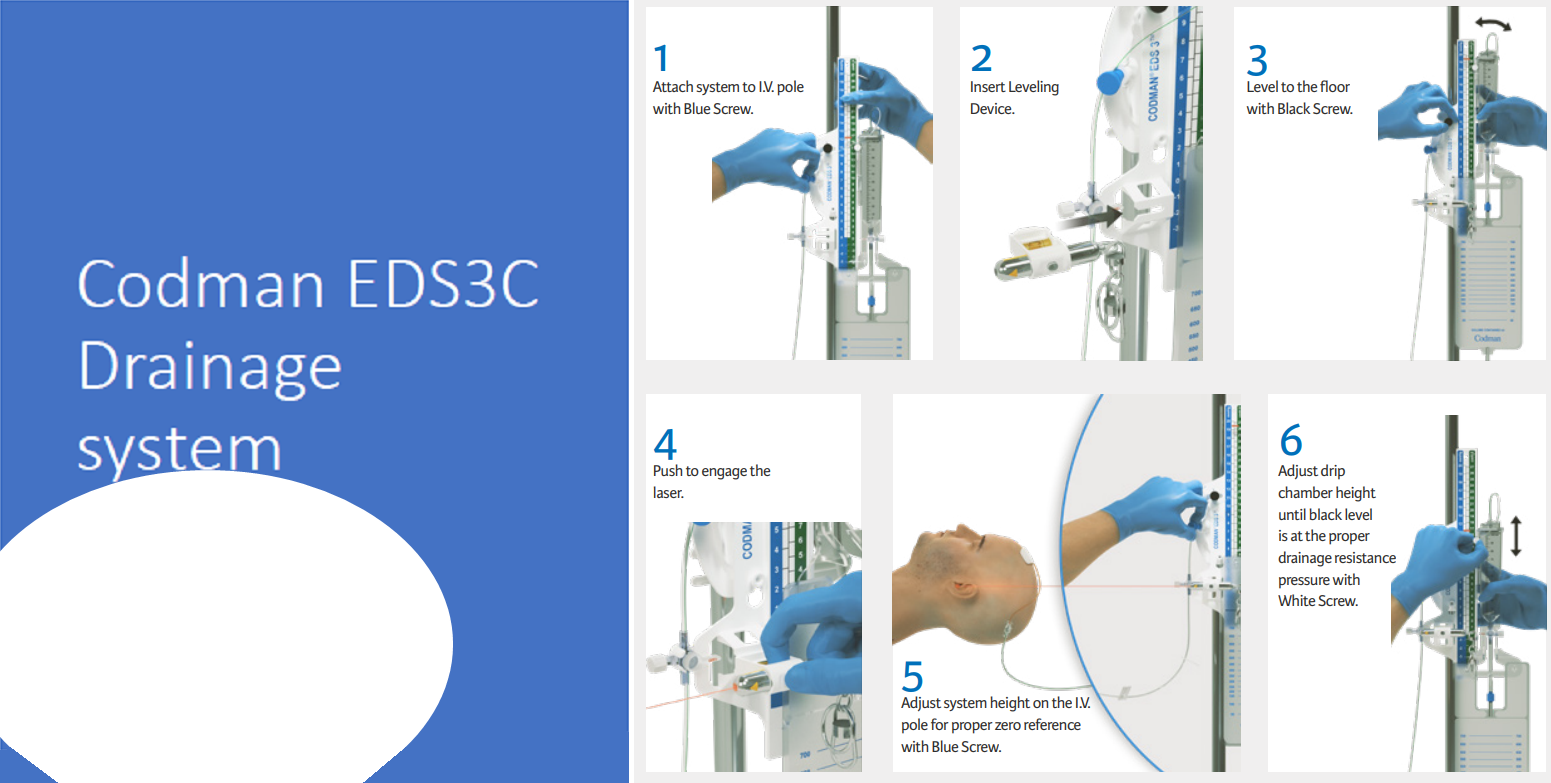